Now Reading...
The Coffee Bar, The Family Room, The Soapbox

Five on Friday: On Parents, Phones and Being Preoccupied 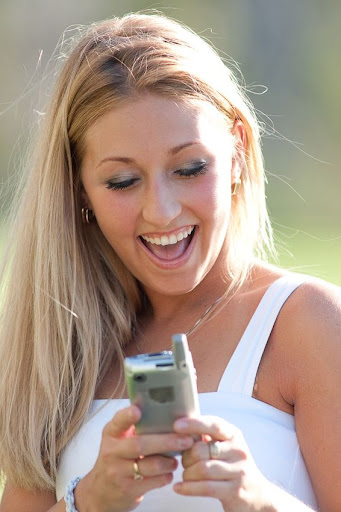 For the last few days, I was tossing around different ideas for the Friday Five and I kept coming back to smart phones, and how I use mine for practically everything except actually talking on the phone. Bingo! I could easily list five ways that I use my smart phone. It was kind of a frivolous idea, but it made me reminisce about being a kid and about how we spent hours talking on the phone with our friends, gossiping and laughing until someone’s parents made him or her hang up.

These days, phone calls and even email are not considered fast enough or cool enough for the kids, so they text each other or write on each other’s walls or post to Instagram instead. We adults take advantage of the latest technology too. And yes, I do think that it makes our lives easier. But I can’t remember the last time I had a real conversation on my cell phone.

It seemed like a decent idea for a blog post that was personal but not too heavy.

Then I saw THIS.

For anyone who hasn’t seen it yet, the site (and the reaction to it) seems to be the next installment in the “let’s pit all mommies (and now daddies too) against each other” series. My first reaction was that it was kind of funny. I could’ve taken plenty of those pictures myself, and yes, I might even appear in one sometime.

But my overall reaction to the site is that, of all the things that could potentially get my panties in a wad, this is not one of them.

I understand that people are insulted because they feel like their worth as parents is being questioned and really, who needs another divisive issue these days? I too have had it up to here with the media turning every story into an “Us versus Them” issue, to get ratings or page views or to trend on Twitter for a day.

The people who have responded so far are angry over being made to feel inferior as parents. But I’m learning that nobody can make you feel anything. Feelings may not be voluntary or controllable, but they also are not imposed on you by other people. Someone can do or say things to you, and you can choose how to react.

Some parents are taking this site too personally, in my opinion. Don’t get me wrong. There are plenty of things out there that offend me. And I was taught during my social work master’s program to question injustices and not to let things slide, especially the “innocent” comments or “jokes” that also happened to be sexist or racist. But I think we as a society are too attached to our gadgets, and someone called us out on it. So what?

Parents are freaking out over being accused of neglecting their kids while playing with their phones. No, I don’t think they’re neglecting them in the sense that they’re in danger. But I’ve seen people on dates, or a group of friends eating together, all staring at their separate phones. To me, ignoring your dinner companions–whether at a restaurant or at your own dinner table–is rude.

The most intelligent comment that I read on the issue argued that we should be questioning what all of this is teaching our children. We (myself included) need to get over taking every half-baked website or every tidbit of parenting advice as a personal attack. It might help to stop focusing so much on ourselves and on defending our choices to others and figure out what our kids need. They don’t need our undivided attention 24/7 but, even if you’re a professional on call, what harm does it do to put down the phone for a few minutes? It’s all about mutual respect and being present in the moment.

As for the creators of the Tumblr site, sure, they’re making judgments, but people do that on their blogs all the time. There’s not even much useful commentary, just a bunch of blurry photos with corny captions. Some more people will get angry, they’ll rant about it on Facebook and Twitter for a couple of days, and eventually the person might take it down. But how long will the public debate continue? Only until the next “galling” holier-than-thou parenting article or website comes along.

So what is the bottom line? Why are people so attached to their phones or (insert other tech gadget here)? It’s a societal issue, not just a parenting thing. Teenagers are the group most likely to text while driving. Hopefully, some recent laws against it will help avoid more accidents.

In case you’re still interested, here are the five things I’m most likely doing on my smart phone:

I am a mom, a wife, and a freelance writer. I love to research and have a passion for social justice and nonprofit work.
View all posts by katietesta »
« Modern Pop Isn’t Fit to Hold Mavis Staples’s Bags
Inkygirl Comic: Writer Research or Procrastination? »