Posted by katietesta ⋅ March 2, 2012 ⋅ Leave a comment
Filed Under  books, Five on Friday 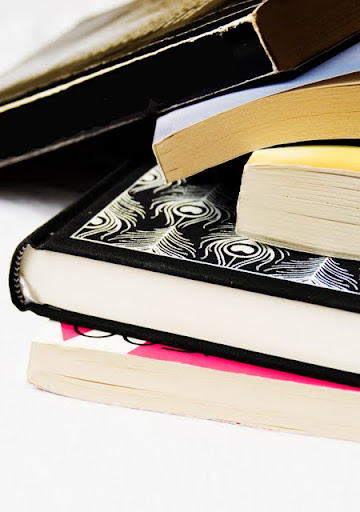 Borrowing an idea I’ve seen on other blogs, I thought a “Five on Friday” feature would be fun, along with ensuring that I post something regularly. Depending on the category, the list could be the last 5 places I ate, 5 things you don’t know about me, that sort of thing. This week, I thought I’d briefly discuss the last 5 books I’ve read or am currently reading, since I tend to read several at a time.

1.) 7 by Jen Hatmaker – I can’t say enough about this one. Right around Christmas I found author Jen Hatmaker’s blog and read an astounding post about consumerism and excess that spoke directly to me. Every year I struggle with trying to enjoy the holidays while not getting caught up in the stress of it all. Forcing myself to buy people trinkets or meaningless gifts just because they might do the same for me totally rubs me the wrong way. Not to mention that I’m all about trying to simplify and declutter, and for as long as I can remember, Christmas has represented the opposite: greed, excess and mindless spending. Yet I didn’t feel like I had what it would take to fully resist and to urge my family members to do the same.

(Phew, I still have four more books to talk about….) Anyway, Jen’s not afraid to lay it all out there, and she doesn’t come across as judgmental because she’s quick to point out that she and her family are just as guilty as the next family, of being selfish, of wasting resources, of not doing enough for others in the way that people are “called” by God to do. (I say “called” because I realize that our readers probably don’t all share the same belief system, but this is the author’s perspective as a church leader and devout Christian.)

Different discussions about holiday excess, coupled with wanting to make significant changes in the New Year, led me to 7. I read the intro online and was sold. I waited patiently for the book to be released and devoured the whole thing. In it she identified seven areas of excess in her life–food, clothes, shopping, waste, possessions, media, and stress–and vowed to spend a month on each one, making drastic, positive changes. It was a fun read and an eye opener, and I’ve enjoyed following Twitter discussions and seeing other people’s journeys.

While I’m not ready to make some of the extreme changes that she does, I am doing my own version of an “experimental mutiny against excess.” For the month of March I’m giving up seven of my favorite foods. You can go here to see the list and to follow my progress with the rest of the project.

2.) Dear Bully Edited by Megan Kelley Hall and Carrie Jones – This is a compilation of letters and essays by various authors, either addressing bullies from their childhoods or talking about bullying someone else. The topic of bullying has really caught my interest lately for several reasons. From an academic, social work perspective, there’s so much to learn about this broad phenomenon that includes kids bullying others at school, cyber bullying, workplace bullying, and even mom bloggers bullying each other! Second, as a parent, I feel like it’s an issue that touchesmost kids on some way and I feel a responsibility to stay informed and involved.

3.) Divergent by Veronica Roth – My first dive into the young adult (YA) genre. I haven’t jumped on the Hunger Games bandwagon, but among the dystopian novels out there, this one (the first installment of a trilogy) sounded the most interesting. It was an easy read. From the official book description:

“In Beatrice Prior’s dystopian Chicago world, society is divided into five factions, each dedicated to the cultivation of a particular virtue—Candor (the honest), Abnegation (the selfless), Dauntless (the brave), Amity (the peaceful), and Erudite (the intelligent). On an appointed day of every year, all sixteen-year-olds must select the faction to which they will devote the rest of their lives.

For Beatrice, the decision is between staying with her family and being who she really is—she can’t have both. So she makes a choice that surprises everyone, including herself.”

4.) Parenting with Love and Logic: Teaching Children Responsibility by Foster Cline, MD & Jim Fay – This one really spoke to me because the focus is on loving and guiding your children toward making responsible choices, without making every choice for them, and allowing them to learn through making mistakes and experiencing the consequences. As much as I try not to hover or act like a helicopter parent, it’s really hard for me to 1) resist doing things for my child, and 2) discipline proactively and consistently, as opposed to letting emotions take over. I’m about halfway through the book and look forward to implementing some tips.

5.) LOST and Philosophy Edited by Sharon M. Kaye – This one’s for fun but it only discusses the first three seasons of LOST (Best. Show. Ever.) There’s another series that I may look into, since it covers all six seasons. Other reviewers have criticized this book for being more philosophy than LOST material; I’ve only read one essay so far, so we’ll see how it goes. I was in mourning when LOST ended. I just haven’t found a comparable show that holds my interest. Not even Alcatraz, with Jorge Garcia, has become the same kind of hit. For the most part, I haven’t been paying much attention to TV anyway. I’d rather read a book (or look at Pinterest).

There you have it. I’m always open to recommendations so…

What are you reading?

I am a mom, a wife, and a freelance writer. I love to research and have a passion for social justice and nonprofit work.
View all posts by katietesta »
« Stop Procrastinating….Tomorrow
Govern for Me, Don’t Preach at Me »